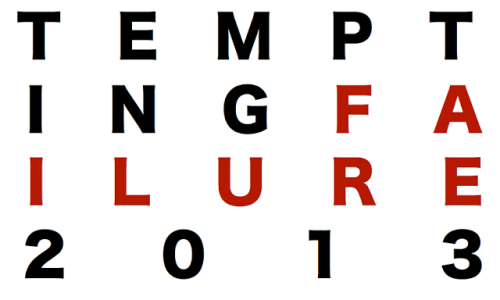 Humour and art rupturing expectations
Comedy as a rupturing tool
Self-referential
In art situation, throw the comedy spanner in
Why do people have to laugh
Putting stuff into different contexts
Robot telling jokes
What’s funny
How does humour work?

Armando Ianucci
Concept art and stand up comedy – what is a direct subject to make you want to do it.
What makes you most angry happy curious? That thing? That’s what drives you to create.

This week I got to hang out a little with Phil Whelans and Thom Tuck and we were talking about the snobbery surrounding comedy. Also, surprisingly, how TT’s group was excluded from something as it was deemed “theatre” and not a “comedy sketch”, or someone else not clcassified as an artists because he was funny.

On a very plus side, I have been accepted to perform at the rather exciting, body based,  performance art festival, TEMPTING FAILURE, in Bristol, 6 – 7 th April. It relates to my thoughts on happy and funny artists. See brief notes from my application below, answering application form questions to do with the proposed piece and my relationship to body investigations and phenomenology. THATS’S RIGHT! PHENOMENOLOGY. I haven’t used this word since uni, but I found the idea of artist as practical philosopher quite useful.

Have a look too at the Tempting Failure Manifesto. It’s pretty hardcore and rather amazing:

And here are some notes from my application:

This is a rare, one-on-one, one-off interaction with an unlikely beast: The Happy Artist.
An improvised performance piece with movement-driven text inspired by you, us, and our new love affair with the entire world.
The Happy Artist is a one-on-one piece.
I will create individual, personalised pieces as responses to each participant and transform them into pieces FOR each visitor. A reaction into a transaction.
I will build into the interaction, the seed of possibility that the effect of this tiny encounter will affect how the participant is in the world after the actual event. The piece aims to induce change beyond the happening as a consideration of the effect of one human being’s actions in the world and emergence theory – the whole being more than the sum of its parts.
What do I aim to create? On a repeated basis, I aim to identify myself and the world in each person and amplify that into something beautiful they can see and use.
I look at combining all aspects of expression via the single unit of a person – how do we best use our body, our voice and an instrument, words that express, however inaccurately, our thoughts and emotion? All of which I am aware are constantly changing factors. I am excited to explore these shifts and how I, through my actions, can affect a single other person and the world at large.

Phenomenology
I understand phenomenology to mean an investigation of Being. My questions are, how is it possible to be a happy person? What is required in our relations with another person, representing the world, in order to create meaning, given that we are ourselves because we are not someone else.
This interactive personal, small scale piece has the performer as a “manual philosopher”, using the bodily experience to work out existential questions. Practical phenomenology.
***
Censorship
I have not experienced external censorship but my own most curbing censor is myself. In the case of a fully improvised performance, I will be looking at allowing myself as much freedom as possible which is the most risky – will I allow myself to do and say what I really want to? In what instances will I censor myself, even in a space where freedom has explicitly been allowed?