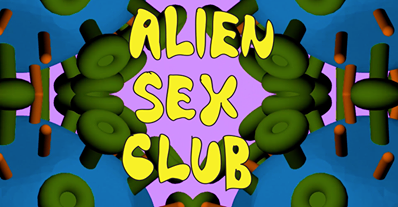 Can art and architecture be used to reduce rates of HIV transmission? Have a look at this inredible project by John Walter which I support: http://shar.es/BumHn

As a transdisciplinary project, Alien Sex Club will be game-changing for art, science and architecture, inventing new hybrid strategies that can potentially enable art to reclaim its potency as socio-political tool. The project comes at an important time when rates of HIV transmission amongst gay men are increasing in the UK with around 3,500 new diagnoses each year. Alien Sex Club explores the possible factors contributing to this rise including the effect that ART has had on perceived sexual transmission risk, recreational drug use, bareback or unprotected sex, phenomena such as bug-chasing (consensual transmission of the virus), imminent home testing for HIV and developments such as Pre-Exposure Prophylaxis (PrEP).

ART has transformed HIV into a manageable chronic infection with near-normal life expectancies and lowered infectiousness. Alien Sex Club will feature free rapid HIV testing for visitors and a series of collaborative events between artists and scientists that will animate the gallery and precipitate audiences to think afresh about their cultural and social responses to HIV. Alien Sex Club will put HIV back on the agenda of the visual arts thirty years after the AIDS crisis first exploded, stimulating interest in the subject by displacing the biomedical discourse surrounding HIV and ART into an art and architecture context.

John Walter studied at the Ruskin School of Drawing and Fine Art, Oxford and the Slade School of Fine Art, UCL. He was Sainsbury Scholar at the British School at Rome 2006-8 and a participant in Skowhegan School of Painting and Sculpture in 2012. He is currently undertaking a PhD in the Faculty of Architecture and the Built Environment at The University of Westminster.