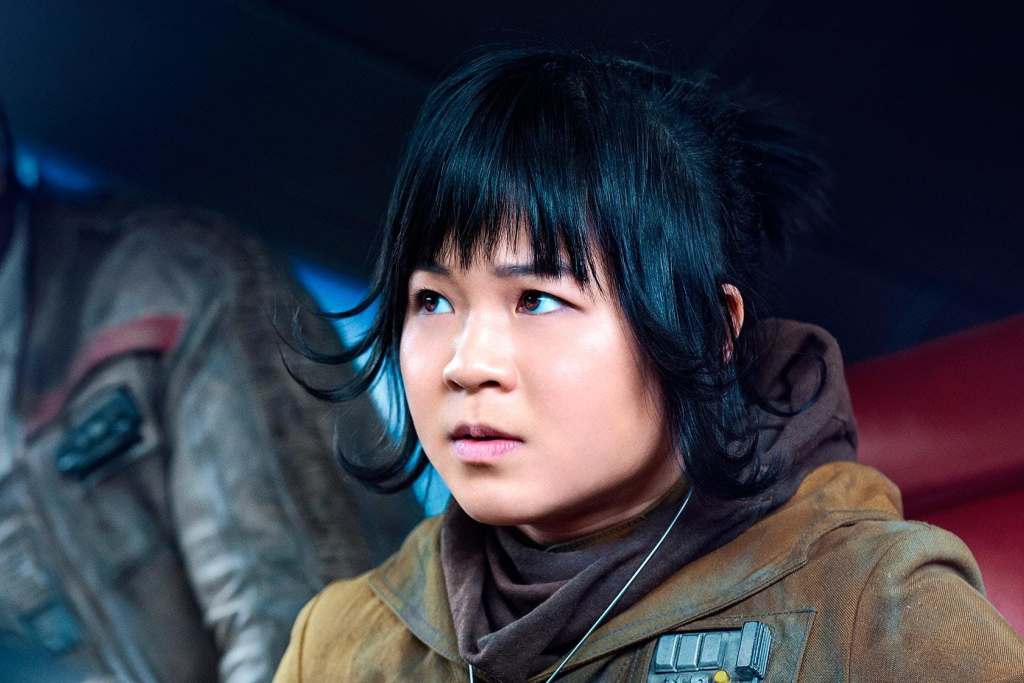 Image is of Kelly Tran, aka Trần Loan, in Star Wars.

My immediate thoughts on CRA, in no particular order:

I cried. It was funny. The food sequences weren’t too cliched. I’m very glad it exists and I am looking forward to the next installment AND further film and telly featuring Asians as human beings, whether in fun romps like this one or otherwise.

I did not like the opening quote about China being powerful. This movie isn’t about China. A little history on who left China, when and for what reasons would be great.

I wish they’d found a Chinese male lead. REALLY? There were NO hot, charming, Chinese men IN THE WORLD? – While it is kinda cool that people are learning a bit about Iban culture (Henry Golding is part-Iban, an indigenous group in Borneo) it is a bit weird that he is playing a mega-rich old-money heir to a Chinese family fortune. I am not against cross-Asian casting, but in this case, for various reasons, it just doesn’t sit right with me.

Gemma Chan is wonderful in life and does a great job as the warm and caring Astrid in the movie. But, because I am one of those people who loves the book, and because I am drawn to the Astrid in the book, I wanted that version. Also, I would love to see Gemma Chan (I am sorry to comment on your looks, Gemma. Obvs you can look and dress any way you want IRL) in a more carefree, less made-up look on screen.

Peik Lin in the book is AMAZING.

Did I already say that I love the book. Uh-huh.

I felt a bit sad because it made me feel like I had to be mega-skinny and underweight. And more symmetrical. And mixed race – specifically, mixed with something “the media” currently finds desirable. Not just any old mixed race.

I hope they do Kitty Pong’s story in the next film.

The resolution of the film was too simple.

The soundtrack was very Chinese, which was a bit strange. And in the street scenes, crowd scenes etc. it was waaaaaay too mono-cultural. Did people think it would be confusing to the audiences if you really showed Singapore? Sheesh.

The BEST LINE in the book isn’t in the movie.

I love Awkwafina’s voice and her spirit. And obvs I’m jealous of her!

I am glad they cut most of the hen party cat fight women being bitchy stuff.

It made me miss Malaysia, the warm night air, 24 hour eating, and tropical beach lounging, where the sea is green and opaque and the jungle is lush.

The aunty on the plane at the end is FAB.

The plane scene is rubbish.

I liked how there was some chat about some of the different dialects, Hokkien, Cantonese, Mandarin, but it would be interesting to find out more about this kind of detail.

It was great to bring out the thread of being a single mother.

What was going on with the accents in general? Oh well, can’t have everything!