(I wrote this a month ago and didn’t have internet access to post it. So here it is now.)

It’s been two months since I left London for my Malaysian/Asian adventure.

I was so happy to hear and recognise a Malay dialect being spoken on a sunny white beach in Thailand. I am so happy to be back in Malaysia, familiar even though I’ve lived across the globe for longer than I lived in my birthplace. 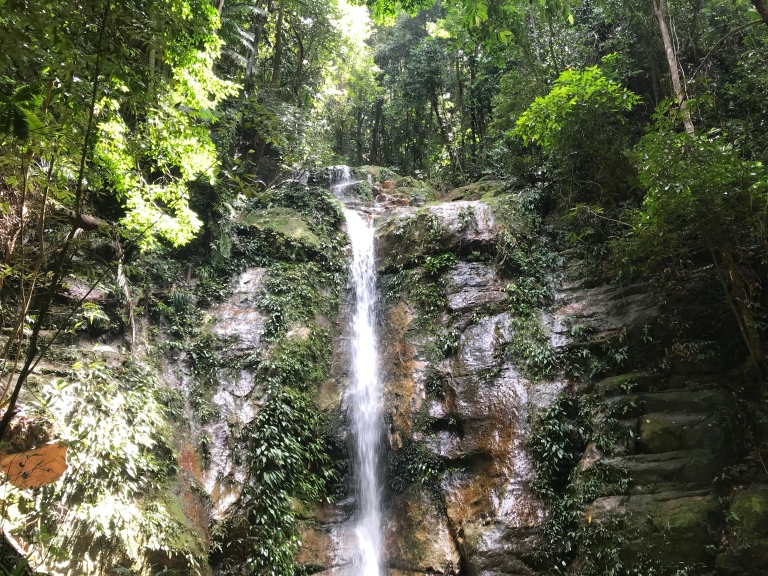 I’m about to spend some time in “Borneo”. I’m not sure how I feel about this word. What is Borneo? Who named it? It sounds exotic and old-fashioned, like “oriental”. I’ve done some cursory research into the origins of the term and not come up with any clever ideas as to how I should react to it.

I’ve only got a month or so left in the region. This doesn’t seem long enough for what I want to do. In a couple of days, I’ll have a better idea of what the next month will be like. But what do we ever know about the future?

Some magazine cover says that Brad Pitt is dating Jennifer Lawrence. I was on a ferry this morning and the movie had Brad save the world from zombies. Unrelated?

Who gets to write for in-flight magazines?

I love this! #VeraAndAdrian veraandadrian.com
First rose in the garden this year
Posted @withregram • @doodleubi While my human parents did a quiz, I behaved beautifully by not in any way chewing an oversize limited edition copy of Oscar Wilde’s collected works. Nor did I nibble an important work of philosophy, Bees.
Do I look dignified in this? Pineapple outfit makes a second public appearance. I find dressing up as fruit cheers up everyone. Tonight was the first Murphy family pub quiz via Zoom. I didn’t know any answers to do with Harry Potter apart from “Robbie Coltrane”!!! BTW FYI Dom is wearing @doodleubi’s leopard print blanket hamster style in the first pic. By the end of the evening he’d gone semi-pineapple. Because I made him.
Everyone follow @lendandtend and support lovely garden shares and seed exchanges! Look what I got in the post!!!
%d bloggers like this: